Hey Tex!  That’s one mighty big hat you got there!  And look at the way you have those jeans tucked so neatly into your BLUE and brown cowboy boots!  Yup, that’s hot right there!  SEXY! 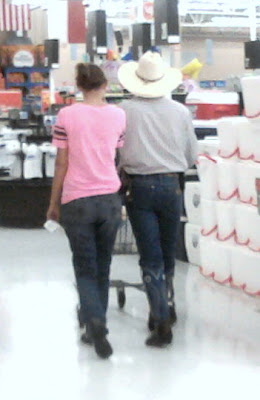 Yee Haw! I love my island Walmart!  And ladies, you know you want some of that!  Don’t even try to deny it!
#10. You not only wore a side ponytail, you’ve been secretly thinking of how you can bring this back into style, it was after all your best look to date!

#9. You wore Nike canvas high top sneakers with the blue swoosh with EVERYTHING!

#8. After watching Pee-Wee’s Big Adventure (at the theater) you kept saying, “I know you are, but what am I?”. (You probably still say it).

#7. You remember when mullets (bi-levels) were cool…and you had one! 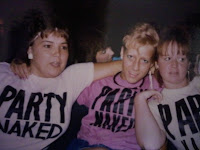 #5. You can do the Carlton (and still laugh every time you do it).

#3. You were able to figure out the Rubik’s Cube without pulling off and rearranging the stickers. 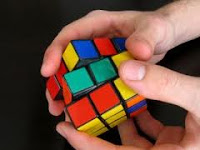 #2. You could ride around in your Suzuki Samurai with the top down, saying “beep beep” and your big hair wouldn’t move a lick (thank you White Rain).

#1. When playing Wii with your family, you always opt for the Michael Jackson Experience because you are the only one that ever memorized all of the moves to Thriller. Yes, you grew up in the 80’s and you Rock!

If you’ve read this and smiled even once, you are guilty! Although the clothes were a little gaudy, the music was a little too hip-hoppy, the make up was a bit much, and the hair was BIG, the times were simpler and we could have done worse than to grow up in such a decade. Be proud, but for God’s sake, cut your hair silly and ditch the blue eye shadow! Still “I wouldn’t change those days for nothing….ohhhh it was 1980-sumthin”!