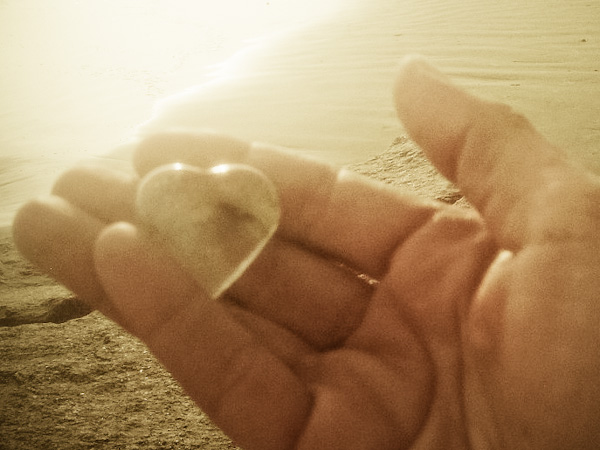 B and I have an odd relationship.  We pick on each other way too often.  We love each other way too much.
A month or so ago, he was on yet another fishing trip here on the island.  The babies and I decided to stop by and visit.  While we were walking down the pier, I saw him walking our way.  I was excited.  He was coming to greet us!  NOT!  He was headed to the port-a-potty!
He hadn’t even seen us until we passed him and he explained where he was headed.  DOH!  So as he visited the “john”, the babies and I enjoyed the beauty of the ocean.  I was snapping pictures and they were running and playing.
On his way back through, he startled me by hugging me from behind.  I said, “How is your boyfriend today?”.  To which he replied “He’s fine, thanks for asking.”.  So I said, “Can I have his number to find out what he has that I don’t?”.  I expected another smart-ass reply.  But instead, my rarely-romantic husband said “No, but you can have my heart” at which time he handed me a glass heart.
On his way back from the potty, he found a glass heart on the beach and he placed it in my hand.  I will cherish that heart forever (both his and the little token).  You see, it’s the little moments and the little treasures that make my world go round!
I’m forever grateful to have his heart! 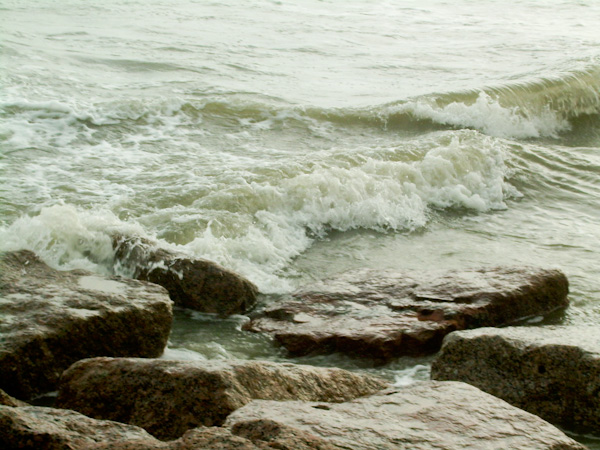 I know, I know…you know I live on an island and I love it here!  I have been posting a lot of photos from my island lately and I would apologize, but I’m really not sorry and hope that you never get tired of it’s beauty either!
I just truly admire the beauty and the power of the ocean.  I am drawn to it.  I am in constant awe.  And this time of year, our “Fall”, is the best time to enjoy its phenomenally breath taking awesomeness!
The waves are in turmoil, they crash, then they settle.  The ocean mimics life (or possibly life mimics the ocean).  Either way you look at it, the beauty of the ocean and the beauty of life are to be savored and enjoyed!  Do not take either for granted!  The ocean will be here tomorrow, but the beauty that is your life may not be!
Enjoy every moment, love feverishly, dance often, and enjoy the waves! 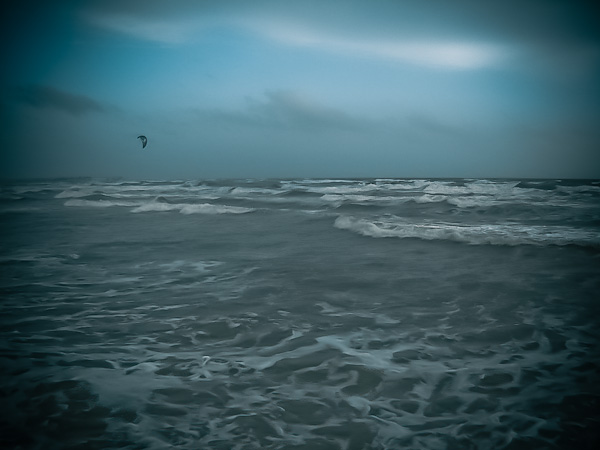 Imagine the perfect life!  Imagine growing up with the beauty that is the ocean!  Imagine being my babies!
This is  the only life these 2 have ever known!  This is their “normal”.  This is paradise!  They think life is a perpetual paradise!  My only hope is that they never know any different.  This picture is their world!  And they are my world!
All of our lives are filled with beauty!  Enjoy life, where ever you are!  There is beauty tucked in every corner of this world.  Our world is beautiful to us!   Is yours?
(And as a side note, I took a photo of a beautiful scene BUT my friend Deb from Just Short of Crazy made it amazing for me.)