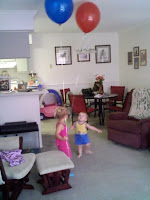 So far this year, I have been unable to get myself geared up for the approaching holidays, not in the slightest, not a twinge of holiday cheer. The balmy Galveston Island weather isn’t helping the situation much, and although it sure as heck beats the cold weather that I’ve lived in the past, it doesn’t instill the urge to cook turkeys, sing carols or put up Christmas trees. I’m broke, as is at least half of the nation, so the idea of trying to squeeze enough money out of my already dry pockets to buy gifts is bothersome at best. I miss my oldest children horribly, to the point of depression at times. I babysit a couple of real troublemakers (and their mother) for peanuts. Sometimes, it’s just easier to dwell on the negatives in life than it is to embrace the positives. So rather than fall into this vortex, I decided to break out and think about the things that truly make me happy in life, the things that I forget to focus on all too often, and amazingly, these things popped into my head quite easily and made me smile.
So since Thanksgiving is this Thursday, I wanted to share my little, but oh-so-important list with you and challenge you to do the same. Not only will it put a new perspective on your current situation (and we are all struggling our own battles these days), it will also put a little bounce back in your step, a sparkle in your heart, and a new reason to be thankful for and enjoy this holiday season! So, what are you thankful for? God bless you all, and I truly hope you have a wonderful Thanksgiving filled with all of the little blessings in your own life!