This is going to be more of a photo bomb than anything else. The Mardi Gras Children’s Parade 2013 hosted by the Firefighters Local 571 was a blast of color, honor, and excitement. It was cut short, for us anyway, by the angry waves that brought in the colder temps, the winds, and the rain. But it was beautiful while it lasted. 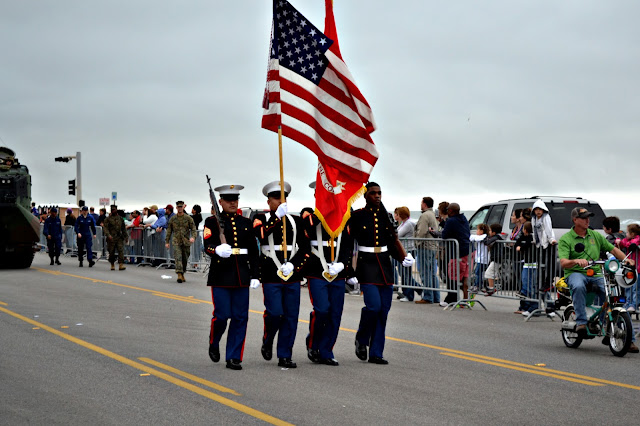 Every good parade should open by honoring our soldiers. See that soldier all the way to the right of the photo? He doesn’t have his hat on. It blew off in a high gust of wind. Did he stop to retrieve it? Nope, a soldier in full dress never aborts his mission so he marched on, just as he should, without missing a beat. His brothers in arms behind him, in their every day camos retrieved it for him, ran up to him, and placed it on his head. I was impressed and moved all at the same time. 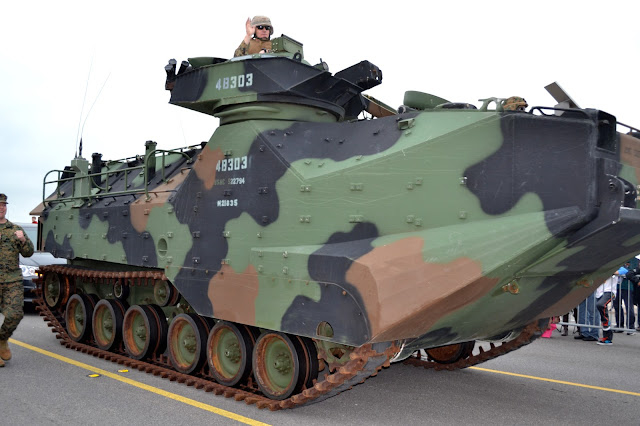 Those brothers in arms just so happened to be totting a tank. And you know, it’s not a parade without a tank on the Seawall. Every parade should have one of these. 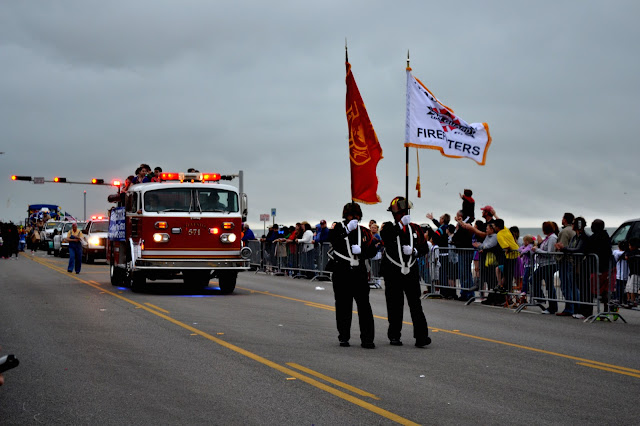 And just behind the soldiers were the men and women of the Firefighters Local 571 that serve and protect our island. Bubby just loves the fire trucks and I think these guys deserve our respect too! 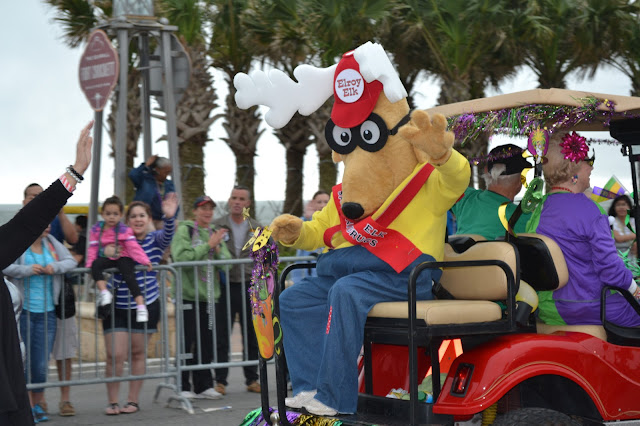 But then it just got silly and fun. The Elks represented with Elroy in tow. 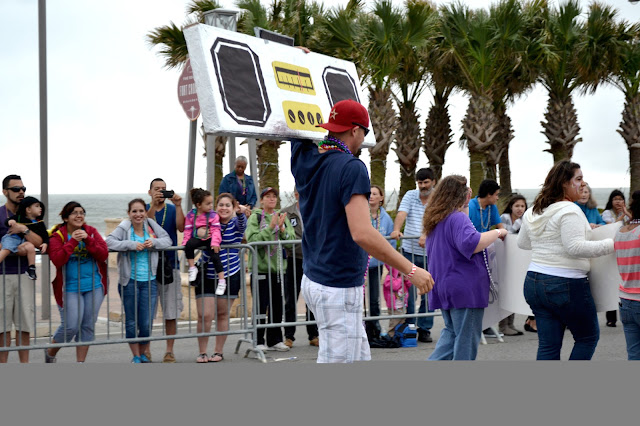 I have no clue what this was for. I laughed so hard, I missed the sign. Hey, I remember those things! 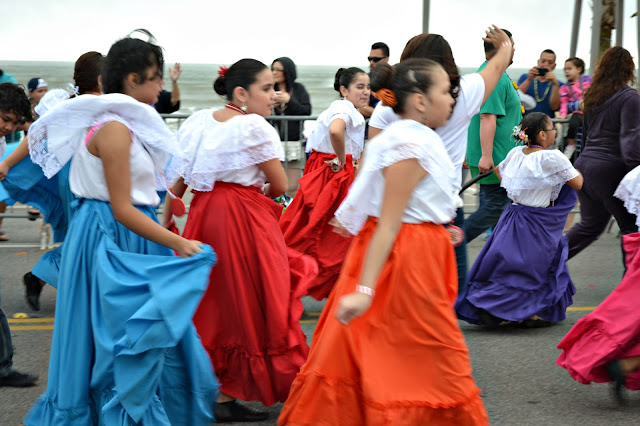 And there was dancing in the streets. See the girl I focused on in the background? She was my favorite having so much fun. I wanted to be on her side of the Seawall for this part! 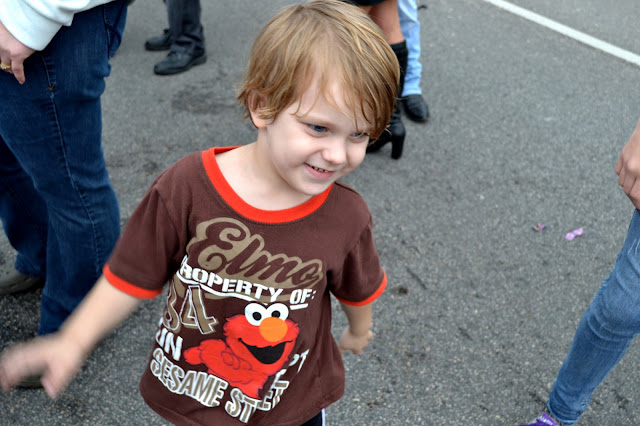 And while they danced, we did our own dancing in the streets. 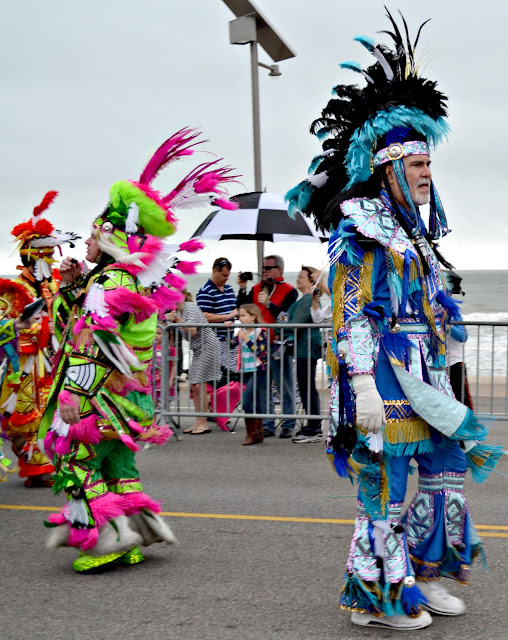 But my favorite part of the parade was the Aztec tribe. So lively, so colorful, so beautiful! 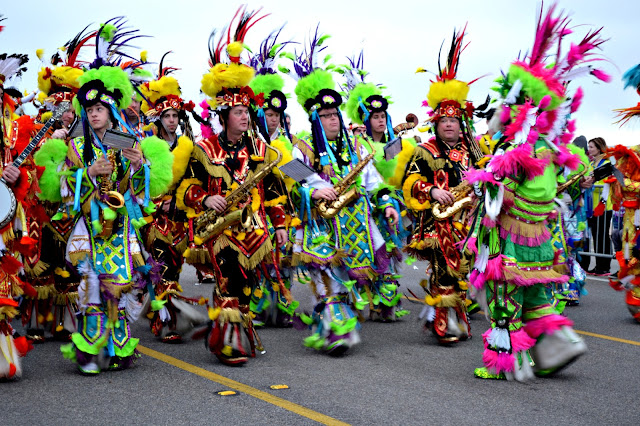 Unfortunately, I think their dancing is what finally brought in the rain that we had all hoped to avoid so we could enjoy the entire parade. We didn’t see much past this point. I was more bummed than anyone else to be quite honest. 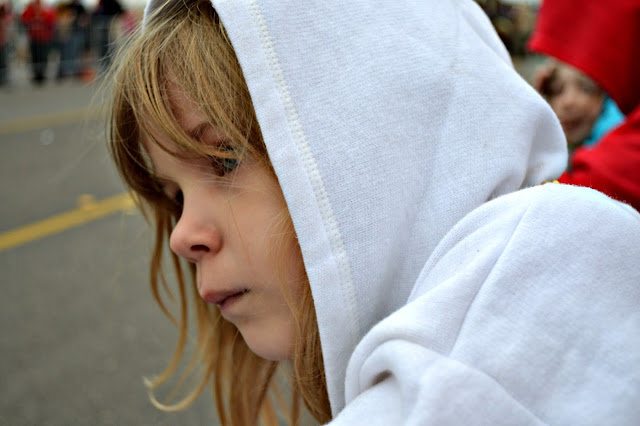 But I had witnessed the look on the face of my baby girl and was reminded of something very important. Mardi Gras literally means celebration. Life is a celebration. Enjoy every moment of it with the wide eyed wonderment of a child. It’s OK that it was cut short. It was a beautiful parade and I truly enjoyed the celebration with my family. Always remember to enjoy the celebration because you never know when it’s going to end. And never, ever forget to enjoy the beautiful colors in your life!