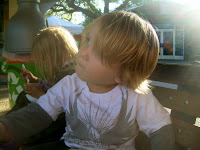 This past weekend was Bubby’s 3rd birthday!  YAY!  Three is so much fun but I can’t believe how quickly my little man is growing up (heavy sigh)!
Birthdays are extremely special around here.  It’s the only uniquely-you time of the year so we like to celebrate with a bang.  We offered up several outing ideas but he was insistent upon the zoo.  He wanted to see the “helephants” in person!

And what Bubby wants, Bubby gets (seriously, he’s spoiled rotten)!

I know I’ve told you countless times that we are always on the go as a family and I always try to be prepared.  But this time (gasp) we would be leaving the island!  We would be venturing all the way to Houston so I wanted to be extra prepared for this little journey!
On Friday night (his actual birthday), the family and I headed to Walmart to pick up a few items for our zoo trip.  While there, we just had to get a pumpkin for carving.  It was Halloween weekend after all. They picked out the “perfect” pumpkin!
With the pumpkin picking out of the way, I really wanted to pick up some drinks and snacks to take along with us on our LONG trip.  We would most assuredly stop for lunch on the way, but we planned on spending quite some time at the zoo and the babies would surely get hungry and thirsty.  We’ve been to the zoo before so I know first hand that all of the food and drinks there are very costly.  And I really don’t like pumping things like nachos, cotton candy, popcorn, and pretzels into their little bodies anyway, especially when they are going to be very active.
We ended up picking up some Del Monte Diced Peaches with Cinnamon and Brown Sugar because B thought they looked really tasty and Bubby loves fruit cups.  Del Monte is our brand of choice but these were new and they really wanted to try them.  We got some drink pouches as well because they travel so well and the babies wouldn’t spill them all over the place.  You can see our entire shopping experience in photos HERE if you’d like (which also has a lot of zoo shots).  We had pretty much everything we needed and were very excited for our outing in the morning! 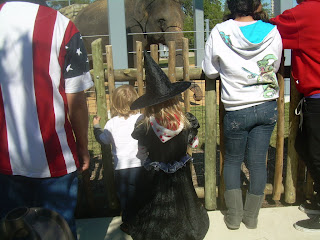 We headed out late Saturday morning (bag packed with everything we’d need), left the island, stopped for lunch, then headed for our Birthday Boo Bash at the Zoo!

You might have guessed that our first stop was the “helephants”, and if so, you are absolutely RIGHT!  Bubby was in love! 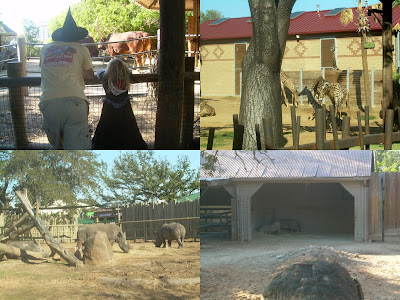 Then on to some horned animals that B and Bug particularly enjoyed, and giraffes, rhinos, and even some warthogs. 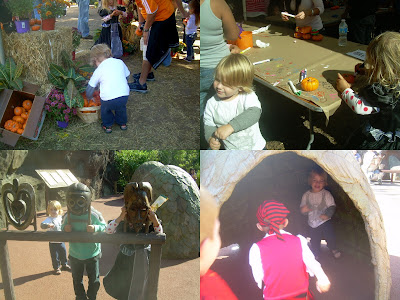 We headed to the pumpkin patch for some more pumpkin picking and decorating.

And then some silly play time was in order!

About this time (as anticipated by me, a mother of 6 usually knows best), everyone was getting a little restless, hungry, and thirsty.  Time to find a nice spot to pull out some snacks and drinks, and rest a little while. 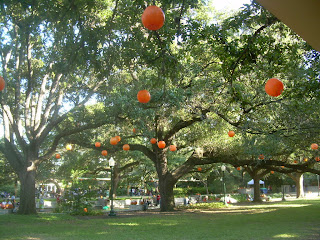 This looked like a nice place!  So we pulled up a bench, I cracked open my bag, and dug out the Del Monte Peaches with Cinnamon and Brown Sugar.  And from the looks of things, they were really digging this new flavor! 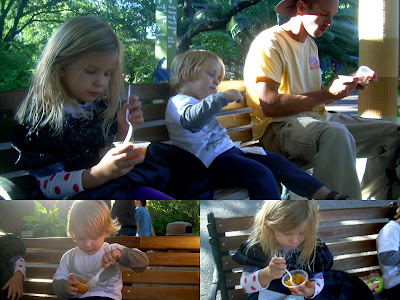 Well, I know for a fact that they enjoyed them.  B claimed this was “the best fruit cup ever!”, Bubby said “mmmm yummy” with every bite, and Bug didn’t say a word which in itself speaks volumes.  If she’s awake, she’s talking!  The fact that she gulped down the whole cup without one single word means they were delicious in her book! We cleaned up after snack time, and headed back for more fun! 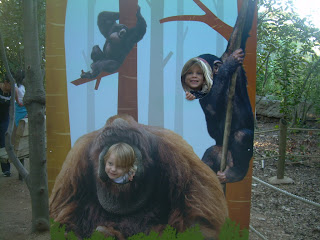 It was time to take my monkeys to see the zoo’s monkeys!  It only seemed natural and the monkeys are my all-time favorite! 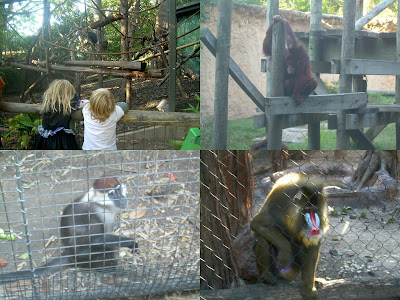 And here are just a few of our favorite monkeys!  How cute are they?  They were all posing for us!  I so want a monkey one of these days! 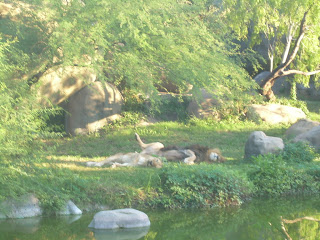 Last stop…lion’s den!  I couldn’t help myself!  Of course I burst out into song!  You knew I would.

♪♫ In the jungle, the mighty jungle,

Let them stare, let them laugh, I don’t care!  My family and I just like to have fun!  And we do!

And much like the mighty lions, my babies looked very tired (and they were starting to act it, OH MY at the whining) so it was time to pack up and head back to the island after a great day at the zoo!

Thanks to my friends at Del Monte and Collective Bias, Bubby’s birthday was a huge success!  We had fun, we learned new things, we played hard, we laughed often, and we even found a new favorite snack!  Who could ask for anything more?

Disclosure:  This shop has been compensated as part of a social shopper insights study for Collective Bias.  All ideas, opinions, and photos are entirely my own! #DelMonte #CBias #ad 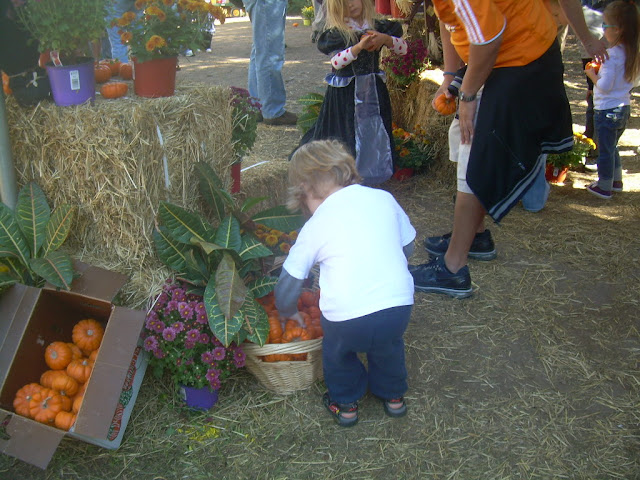 Bubby’s birthday weekend was a smash hit filled with favorite moments to cherish for a lifetime!  Family dinner outing, pumpkin carving, trip to the zoo (where his “helephants” live), and trick or treating!  Watching them pick out and decorate tiny pumpkins at the zoo’s pumpkin patch was one of my favorites!

What is your favorite moment/event from this past Halloween weekend?